I had a great time walking around the valley of Bac Son, exploring the narrow streets and the fields, calmly taking in the atmosphere. Yet there was something that would definitely be better: to see it all from above.

Looking around, I spotted two big hills, placed on each sides of the national road. The master of the house smiled as I pointed at them, and advised me to wake up early and climb it. “I think you will really like the sunrise from there.”

I walked around the house for about ten minutes outside of that house because I did not know that I had to go through it! Finally, a man in the house noticed me and came out to open the door to his yard. “Na Lay?” I said. He pointed to the back of the yeard, where a trail started.

This path intersects with the beginning of a steep trail that takes you to the peak of the hill. The beginning of the path is not indicated in any way, so make sure you have your offline map or GPS ready. Otherwise you might miss it and continue walking around the base of the mountain aimlessly. The uphill climb, although steep, is no more than 30-40 minutes taking a break halfway.

Sometimes I am not the bravest when it’s all black, so I started slow and quiet. Five minutes later I saw lights coming up after me, and I joined two photographers until the top. There, my future friend Quoc was sleeping in his tent. His choice of accommodation was the best in the valley! A millon star hotel.

The views from Na Lay peak

And then, the Sun. And Vietnam woke up and it was magic.

There is an initial shock when one realizes how the the shape of the valley differs from what we’re used to in the West. The vast area of fields is absolutely flat and wide, which highlights the meanders of the river as it sashays eastbound. The irregular hills scattered over the place create a crazy contrast. And it certainly leaves one wondering about the geological process that caused these formations. As the Sun climbs further into the late morning, the flat lands shine in warm, golden shades (but my camera isn’t good enough to capture that). 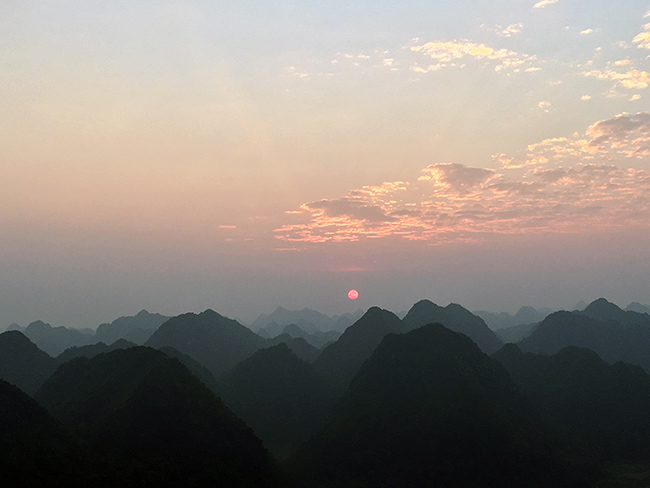 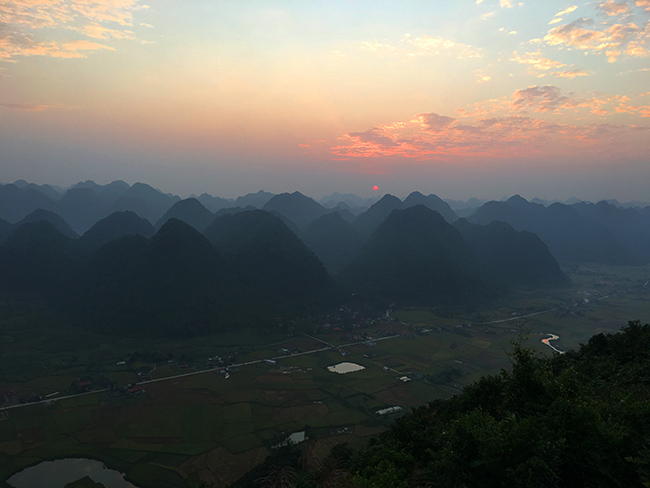 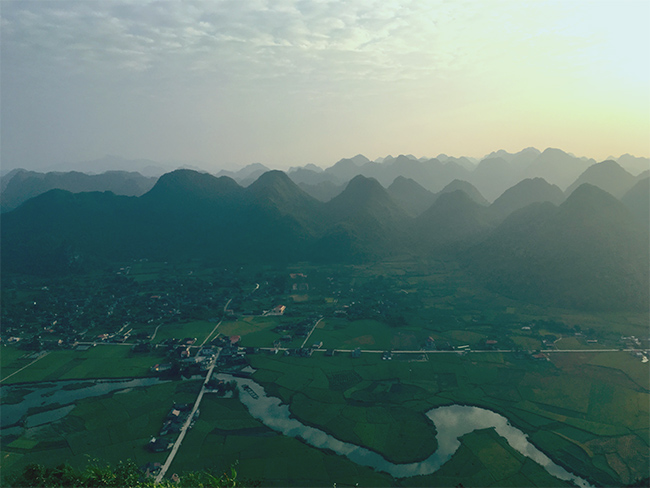 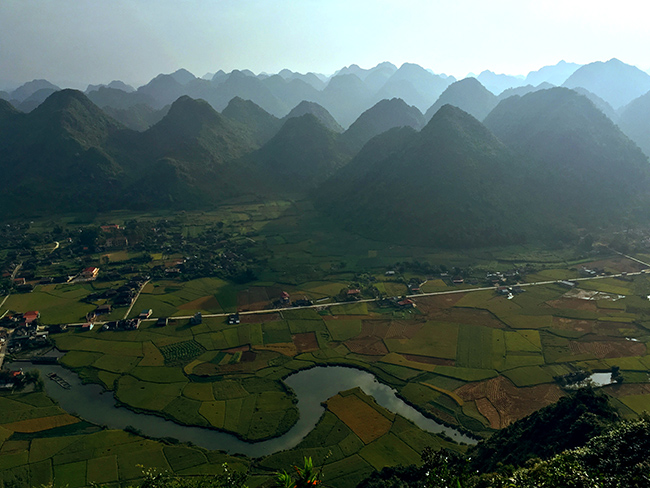 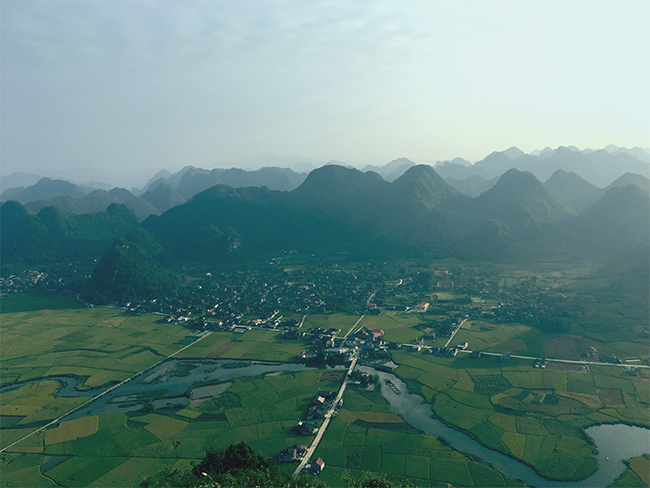 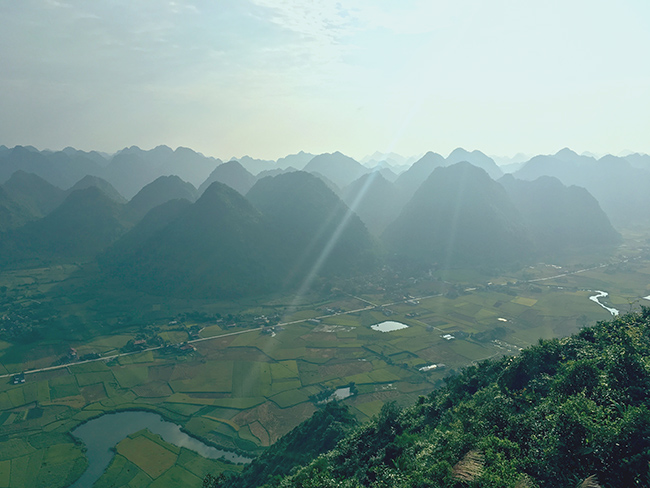 On the way down I met Mr. Vu. He told me he works in the afternoon, and he climbs the hill every day.

Among many crazy things to see, the path that connects the old village (also called Quynh Son) and the new town stands out, crossing the fields and over the river in a perfect straight line. A line that connects past and future 🙂 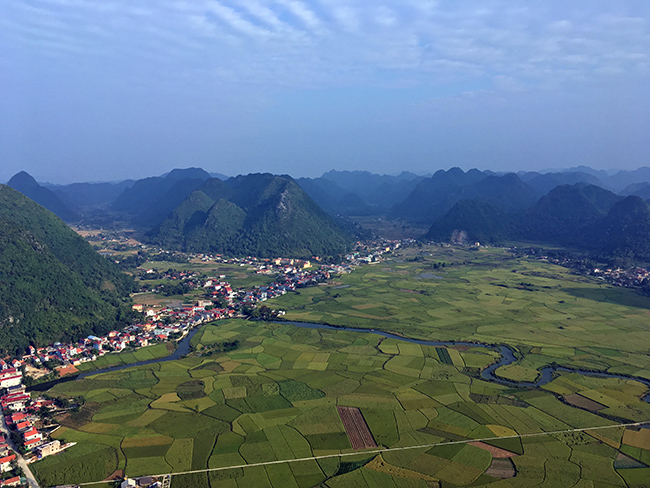 See some more amazing pictures of the valley here.