A peculiar landscape certainly. The region around the city of Sanmenxia, located on the Loess Plateau in western Henan, China, is home to a bunch of labyrinth-like underground dwellings that are more than 200 or 4,000 years old (depending who you ask).

These courtyard pits are claimed to be the “world’s only underground domestic architecture” by the local government. They were declared national intangible cultural heritage in 2011.

Some of the caves (we are talking hundreds) have been fully restored and are nowadays an attraction for domestic tourists, and some (more than ten thousand) have not been restored yet.

They are a crazy sight, worth well a daytrip from Luoyang or any other nearby travel hub. 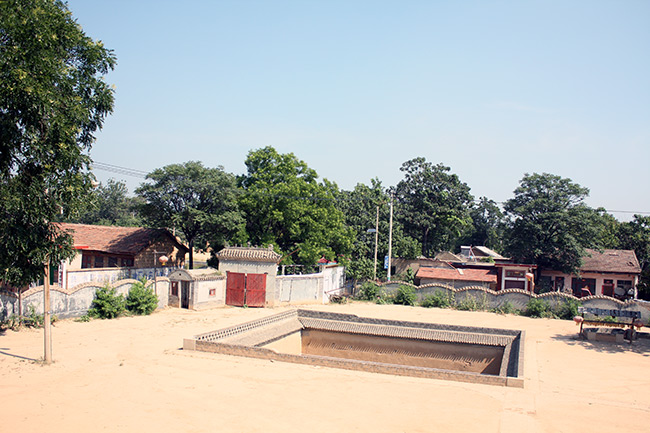 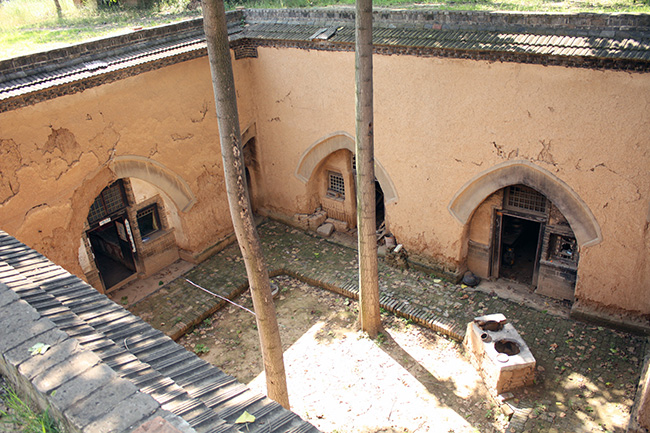 About the pit yards

These cave dwellings are linked to the Neolithic Yangshao culture (5,000-3,000 BC) which existed in Henan, Shaanxi and Shanxi provinces of China.

Basically, since the land was so precious for growing crops, Chinese farmers chose to build their houses underground, using as less surface space as possible.

They used the thick soil of the plateau for the structure of the caves. Since the climate was mostly arid, nobody worried about floods.

Feng Shui tellers were brought to plan the size and shape of the yards, including the part that would be open to the air. Thus they made sure that the architecture followed the essence of ying and yang.

The inner courtyard is usually surrounded by underground rooms on all four sides, and multiple houses are connected via tunnels. The way to the surface is usually in the form of a narrow staircase at each end of the compound. 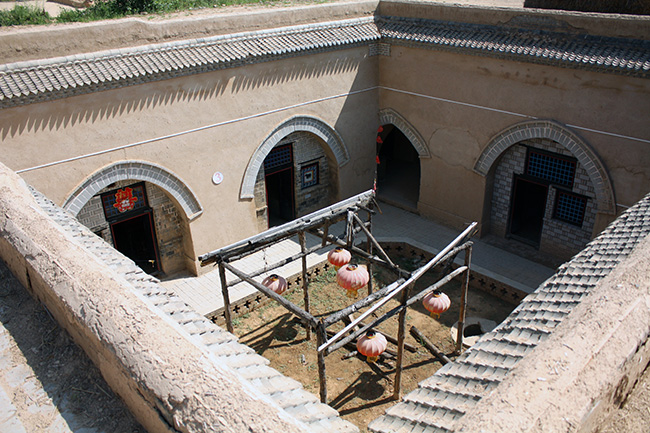 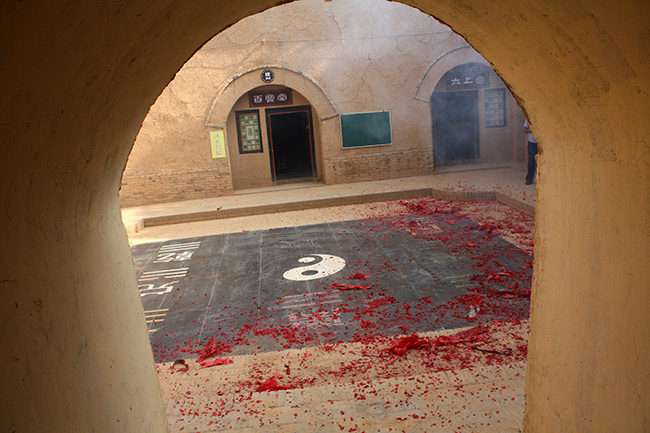 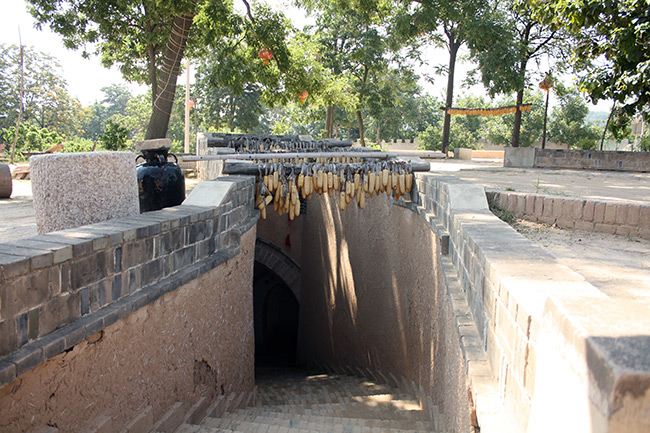 Where to find them

With as little as this China Daily article to start my research with, and because of the way multiple transcriptions of Chinese toponyms differ between them, I only knew they were somewhere around Shanzhou district in Sanmenxia, Henan.

On the train, I showed the pictures from the article to a few locals, until a middle-age woman finally gave me new information.

She wrote grabbed the phone and wrote “陕州地坑院民俗文化园“, which is the main restored pit yard compound in the region, but I don’t know how to translate it. But it was enough for the bargained taxi driver I grabbed at the station.

This turned out to be a rather tacky tourist attraction. The driver noted that it was still too early for visitors, and I indeed arrived just as the ticket offices opened. After half an hour, tourists swarmed the place. 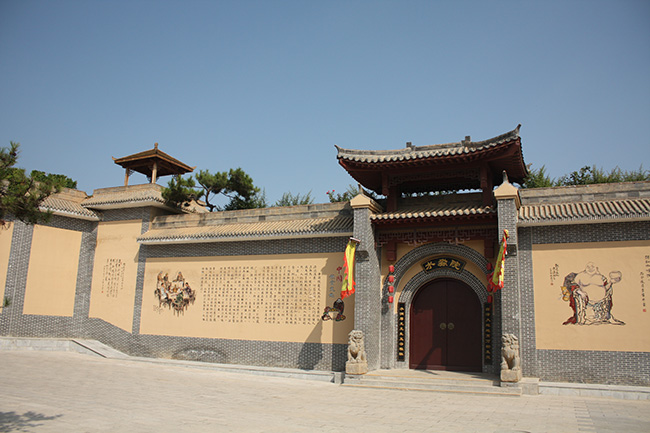 I felt like I really wanted to see the unrestored ones. I knew there were other groups of pit yards around the region.

Under the curious glare of the driver waiting next to me, I launched my phone’s maps app, zoomed in the region and patiently surveyed it in search of other pit yards.

There’re probably many, many more places, but here are the ones I found/visited:

Unable to communicate with the driver, I gently took his phone and introduced the coordinates. I reckon he did not know about some of those places as well, and he seemed very happy to visit them as well (yet still tried to overcharge me).

I found these other groups of pit yards more fun to visit. Local villagers are happy to show you around these.

Some of these were somewhat restored, and most were not restored at all. Sometimes wild plants made the access difficult.

There are more groups of courtyard pits far away from Sanmenxia, but the taxi drive would have been too expensive, and hitchhiking was out of question.

I am sure helicopter rides for tourists here would be an extremely successful business too. 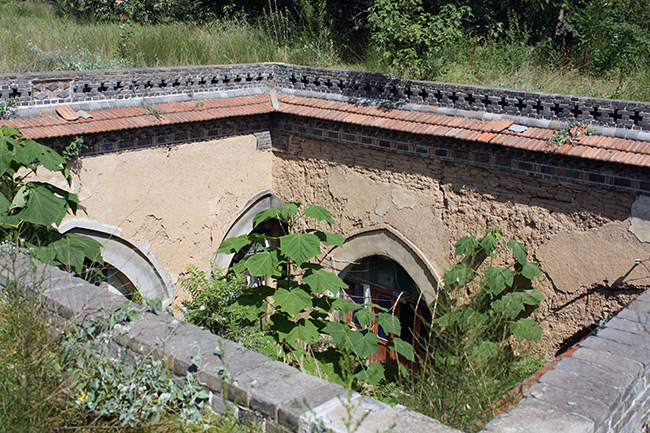 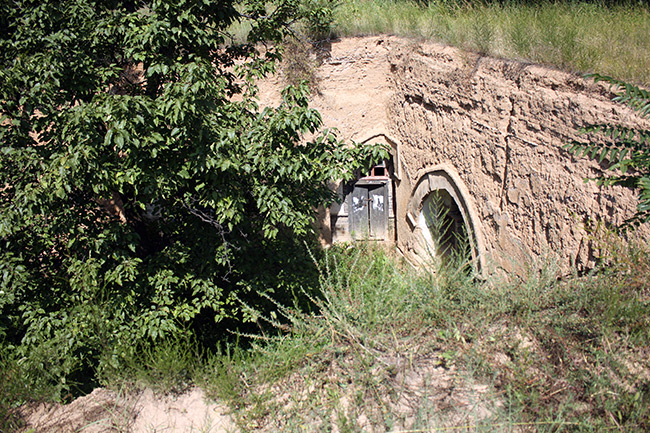 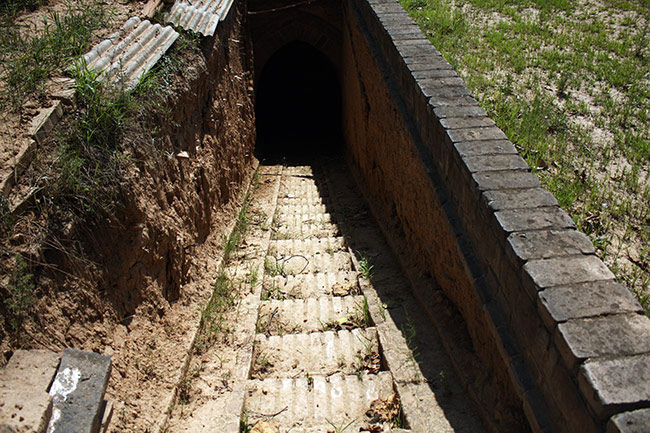 How to get there

Trains from Luoyang Longmen station to Sanmenxia South train station can be booked for 19.8 RMB via Trip.com.

If you book a taxi at the station, you can bargain a bit considering you will be booking the driver for a few hours instead of just a ride. Expect to pay ~20% more than in large cities. 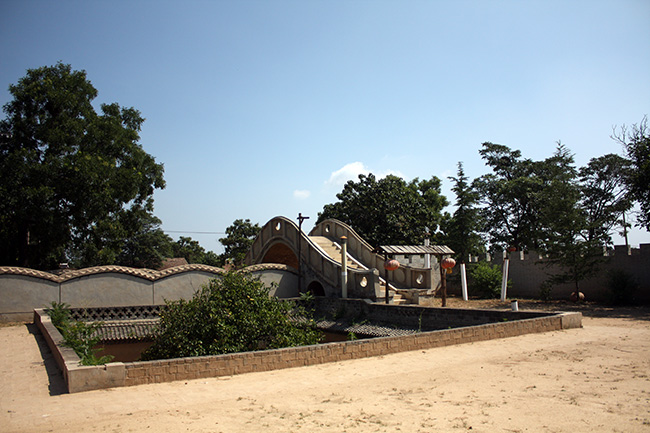 2 Replies to “Finding the pit yards in Sanmenxia”